Scandinavian television is known for its dark and dark police series. The grim but atmospheric images and the spectacular storylines create beautiful TV series. If you start a Scandinavian thriller series you will be bingewatching until the very end. In this article I list my Top 3 Scandinavian series for you. These are my recommendations!

The three crime novels by Swedish journalist and writer Stieg Larsson all immediately became bestsellers. It could not be otherwise than that this Millennium trilogy would be filmed. First it got a mini series in Scandinavia with great success, then they were filmed with great fanfare in the US with Daniel Craig in the lead. However, this could not match the quality of the original Scandinavian series and since the Millennium trilogy can be seen on Netflix, that is enough reason to highlight it.

The main characters are Mikael Blomkvist and Lisbeth Salander. He is a journalist and publisher of the Swedish monthly Millennium. For one of the songs, he has published a story about a Swedish industrialist. A lawsuit is filed for defamation against Blomkvist, which he loses. This is the start of the series, as he has to temporarily leave the spotlight after being publicly dragged through the mud. But then he gets the offer to visit the well-known rich businessman Henrik Vanger to write his family history. Blomkvist soon discovers that the family chronicle is really just an excuse for him to investigate what happened to Vanger’s niece Harriet, who disappeared 40 years ago.

Lisbeth works at a private detective agency. Her unconventional way of doing things always pays off. She knows like no other how to get information. Her special capacities as a researcher bring her into contact with Blomkvist and they get involved in the dark cases surrounding the disappearance of Harriet.

View the Milennium serie on Amazon

Beck is a Swedish detective series from the ITV4 channel. The series premiered on June 27, 1997. The series is known as one of the first within the genre of Scandinavian thrillers, and is therefore worth watching. Even today, new episodes from Beck are still being broadcast. At least enough viewing material to dive in!

The main character in the series is Martin Beck, an inspector with the Swedish National Murder Brigade. Beck is a down-to-earth anti-hero: he does his job and suffers the decisions of the higher, but does not care too much about it. An intelligent investigator who can listen and analyze well. He is a master at conducting interrogations. He hates politics, sleeps poorly and often has stomach problems. Beck is not a physical champion but a solid and methodically working inspector. Beck is beautifully interpreted by Peter Haber, also known as the Swedish Depardieu.

View the Beck series on Amazon

The popular crime series based on the Book of Henning Mankell about police detective Wallander. This Swedish series nominated with a Golden Globe follows both the police work and the private life of this man. It takes place in the town of Ystad in the south of Sweden. There, Wallander solves a new murder case every episode. During the seasons, the characters go through interesting developments and recognizable relationships are established.

Kurt Wallander is a middle-aged police officer in the early 1990s. He works in the Heavy Crime Department at the Ystad Police. His marriage to Mona is under pressure and his violent adolescent daughter Linda provides the necessary stress. Like many police inspectors, Wallander is completely lost in his work. Under the guidance of his mentor Rydberg, whom he highly admires, he brings the matter to a successful conclusion. Everything runs less smoothly in his private life; a divorce with Mona seems inevitable and Rydberg dies of cancer. From now on Wallander will have to do without his teacher.

Wallander is probably the most popular Swedish series in recent years. Perhaps even the most popular Crime Series of the Decades. Only the Danish The Killing is a competitor. It was broadcast throughout Europe and the second season was immediately purchased everywhere.

View the Wallander series on Amazon

The real end of winter, that is in short what the Swedes at Valborg celebrate with large bonfires known as Majbrasa. Until April it can be changeable and cold again. From the beginning of May they look forward to summer... Surströmming is a fermented herring from the Baltic Sea. The fish is caught in May and June. Then they are pickled and placed in large vats to start the fermentation process. After canning, the secondary fermentation... 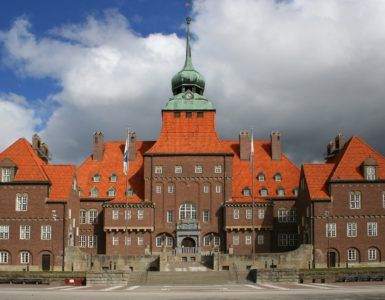 24 hours in Swedish Östersund: this you can do in the capital of Jämtland

Östersund is the northernmost inland city of Sweden. If you travel north you will only find small villages and rugged unspoilt nature. That makes Östersund a unique city that functions as a hub for a large number of... 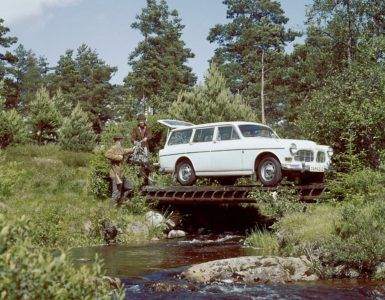 Dive into the world of Volvo in Swedish Göteborg

If you are in the vicinity of Gothenburg during your vacation in Sweden and you like cars, it is definitely worth a visit to the Volvo factory and the Volvo Visitor Center. You can even consider it if you are not... 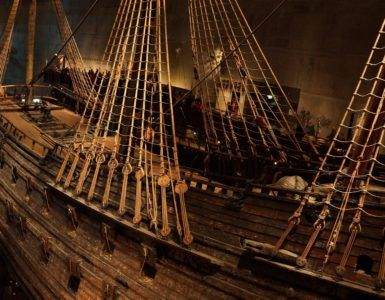 The Vasa ship sank in the harbor in 1628 on the day she made her first voyage. The king who had the ship made was too vain and demanded that more gold and guns be placed, and that made the ship much too heavy. The ship...