Do the different Scandinavian countries understand each others languages?

When you hear the Scandinavian languages ​​for the first time, they seem almost identical. The singing sound, the beautiful rhythm and the peace that the language expresses seem exactly the same. Nevertheless, there are a few important differences between the three largest Nordic languages. In this article we will look in more detail at the differences between the Danish, Norwegian and Swedish languages. This way you can perfectly hear and see the difference between these languages ​​during a visit to the Scandinavian countries.

Differences in the Nordic languages

Danish, Norwegian and Swedish are originally Germanic languages ​​and therefore have the same basis. Many words are similar, but the pronunciation is different per country. Danish is the most complicated in that respect: the last half of a word is swallowed. One of the first sentences I learned was “My name is John”. “Jeg hedder John”. You pronounce Jeg as “you”, so that certainly does not resemble what you write and hedder is said to be “hellllllluu”.

The Swedes and Norwegians do pronounce all letters, so that is clearer. Men understand each other fairly well in the border regions. Just think of the TV series The Bridge, where the colleagues from Malmö and Copenhagen understand each other, but each speak their own language. Farther away from the border it becomes more difficult because men have different dialects there.

History of the Nordic languages

Swedish, with Danish, Norwegian and old Norwegian (the language of Northern Norway and Iceland) belongs to the North Germanic subgroup of the Indo-European languages. The languages are very similar and are seen as dialects flowing into one another (this is also the case along borders). After 1000 AD Swedish and Danish began to distinguish themselves as independent languages within the North Germanic source language old Nordic (the basis of all Scandinavian languages, not to be confused with old Norwegian). They are called the Oudoostnoordse group. From the 12th century, the differences between Swedish and Danish became greater. This can be seen in the language on later rune stones in Denmark and Sweden from that time.

In the Middle Ages and in the sixteenth century, the Scandinavian languages showed only minor differences and they influenced each other.

From the old Norwegian (at the time of the Vikings) 3 languages developed. Namely Middle Norse, Icelandic and Faroe Islands. Together these languages formed 1 branch of the North Germanic language group and 1 branch of Danish and Swedish. These branches together are again related to the West Germanic languages such as German, Dutch and English. The actual Norwegian fell into a number of dialects.

In addition to the twenty-six letters of the standard alphabet, the Scandinavian languages have a number of extra characters:

Do the different countries understand each other?

Danes and Norwegians have it easy. Written Danish hardly differs from written Norwegian. Both languages are pretty easy to understand for Swedes as soon as you get used to those two weird letters. If you can read one of the three, you will receive two extra languages of reading material for free.

Spoken Norwegian is also quite understandable for a Swede. There are small pronunciation and grammatical differences and in addition there are just a lot of Norwegian accents, some of which are difficult for the Norwegians to understand. Still it usually goes fine and a Norwegian who calls a Swedish company will see no reason to speak English. However, the Danish statement makes communication with our neighboring country much more difficult. 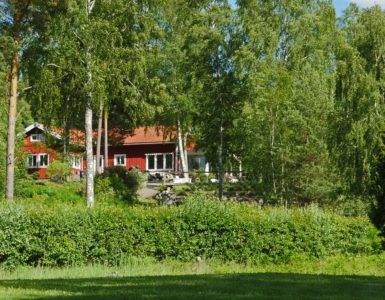 It is one of the most famous icons in Sweden: the red houses that you see here and there in the vast Scandinavian landscape. The houses are a symbol of being outside, tranquility and space and cosiness. It is not for... 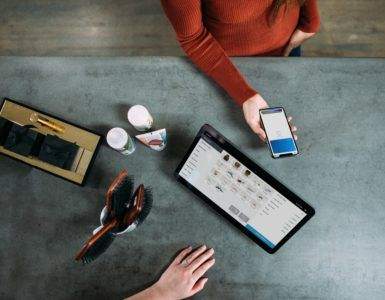 How to pay in the Nordic countries

Can you pay with the euro in Scandinavian countries? Is it really that expensive there? These are just a few questions that come to mind when it comes to Nordic countries and money. In this article you can read all...