Whether it is the flag of Denmark, Finland or Sweden, a Scandinavian flag is immediately recognizable by its characteristic colors and the distinctive cross in the flag. But where exactly does this tradition come from? In this article, we’ll dive into the story behind the Scandinavian flags.

The first national flag with such a cross pattern was the flag of Denmark, followed by the Swedish flag, the Norwegian flag, the Finnish flag, and the Icelandic flag. This cross is a symbol of Christianity, which was the leading belief in the Nordics at the time these flags were designed. 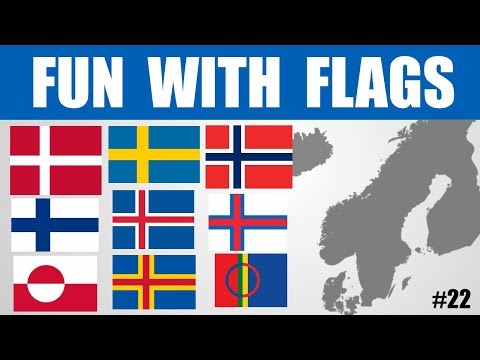 The flag was designed by Fredrik Meltzer, who was born in the year 1779 and passed away in the year 1866. The designer has chosen a Scandinavian cross that is comparable to the Danish and Swedish flag. The flag also has its meaning, the colors symbolize the democracy of the country. The flag that Norway is known for has not always been the Norwegian flag before this there was another flag known as the national Norwegian flag. This old flag is still used as the royal standard, but no longer as the national flag.

Rules for the use of Nordic flags

As in many other countries, the use of the national flag is subject to different rules. For example, the flag may never touch the ground, because that is not respectful to the nation and the flag as a symbol thus loses its value. The flag may only be raised between sunrise and sunset. This therefore differs per season. If the flag is defective, it must be destroyed by incineration or disassembling by color.